Helping to shape the future workforce

St Albans City Dragons under 13 Football Club are more than just a football team. Founded in 2014 by its two coaches, Andrew ‘Oggie’ Ogden and Darren Barnes, the club has been an unstoppable force for good in the local community. Of the 13 players at the club, Mikey, Harry, Vinnie, Mattie, Josh and Dylan have been there since the very beginning, with many recently winning their 100th cap for the club!

So what does that have to with Barcode Connexions?

We saw the incredible work that was being done at the club; offering young kids the ability to put on a football strip and play a game they all love and enjoy while being cheered on by their local community. That’s why decided to lend our support and put ourselves forward as one of the team’s official sponsors.

We spend a lot of time with technology. After all, we’re in the technology business, constantly looking for new and innovative scanning products for our business clients. Technology mostly improves our lives, but we’re also very aware of the potential negative effects it can have on mental health, particularly in children and young adults as they grow up and experience the world. That’s where the Under 12 Dragons come in.

This isn’t just a football club. It’s a way for these children and their families to ditch the phones and laptops and live in the moment, working and cheering together for a common goal. It’s a distraction from social media, television and the stress of school and homework. It’s a way for these children to stay fit and healthy while having a great time with their friends. We only wish it was more common, so we wanted to do our bit to support the team.

“In what is our fifth season together, now at under 12 level, the vast majority of the squad have been with us since under 8’s.  It shows that team unity is stronger than ever, not just on the pitch, but with coaches, parents and grandparents alike, without whom we would not have a team. This is also emphasised by the support of local business Barcode Connexions who kindly provided our very smart away strip for this season.”  Darren Barnes, team coach. 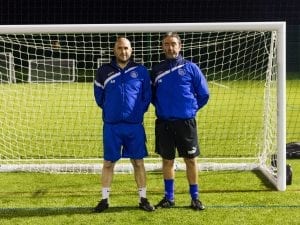 We’ve been at their games and seen what great role models Darren and Oggie are for the team. They’re full of praise and healthy, constructive criticism, always helping the boys to get better at the game without pressuring them or making them feel like they aren’t valued.

It’s all about the team, and it’s this team spirit and ‘can do’ attitude that will shape the next generation of workers. These children are learning about hard work, discipline, morality, teamwork and how to accept defeat gracefully and rise up and try again. Who knows, perhaps one day Barcode Connexions will be lucky enough to employ one of these boys…

“A really big thank you to Barcode Connexions for the kind generosity shown by supporting St Albans City Youth Dragons FC.  As a team we feel very privileged to have a brand new away kit.  The kids absolutely love it.  Also, to have a local run business sponsoring the team gives a great community feel too.  Thank you, Barcode Connexions.” Andrew Ogden (Oggie), team coach. 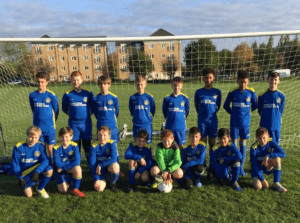